Skip to content
Marriage is meant to be beautiful and two better than one, but one beging to wonder how something so beautiful could suddenly turn sour.
The Lagos State Commissioner for Women Affairs and Poverty Alleviation, Lola Akande, has revealed how sad she was when she saw actress Mercy Aigbe’s condition when she came to her office to report what she went through in the hands of her estrange husband, Lanre Gentry. 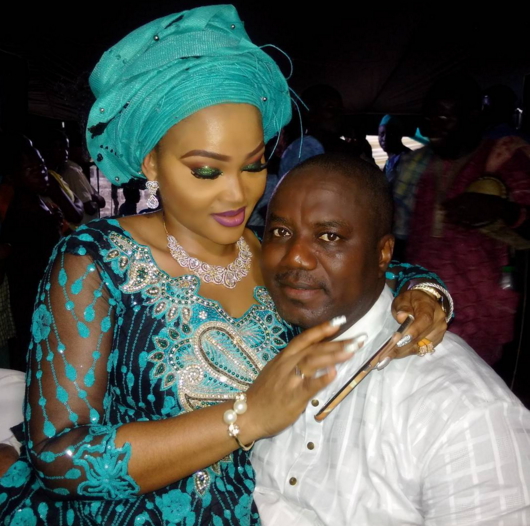 According to Daily Times Newspaper, The Commissioner told newsmen in Lagos that the actress was coughing blood with bruises on her face and other parts of her body when she came crying for help. According to Akande, “She was coughing blood from her nose and mouth and she had injury on her face which the doctor said she must have an operation. “I was so angry that I need to see the face of the man that did this to her, and so we invited him and he came yesterday (Tuesday) to say his own side of the story to the official in charge of domestic violence. “But any man that can beat a woman to a pulp like that to the extent that she is still coughing blood one week after the incident need to have his head examined.”
She said the Lagos State Government had secured a restraining order for Aigbe from any further abuse by her husband. The commissioner further commended the courage of Aigbe for voicing out her ordeal, and urged other women going through similar situation not to keep quiet about their ordeal. “I must commend the courage of mercy, because what she did is what other women who are victims of domestic violence out there need to do, they don’t need to hide it except they want to die there.” Lanre was on Tuesday quizzed by the Lagos State department of Domestic and Sexual Violence Response Team (DSVRT).